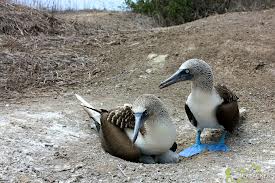 Isla de Plata, also known as poor man’s Galapagos, is an island located 55 kilometer away from Porto Lopez Ecuador. Booking a day trip is a very interesting option as the island holds a large biodiversity on its protected grounds.

Usually tourists booking the tour will either take it from Porto Lopez itself or from the village of Montanita. Agencies in Montanita will end up making you pay between 50-60$ for the day; this usually includes transport from Montanita to Porto Lopez in a school bus with outrageously loud salsa music at 8h30 in the morning, the boat ride, a guide on the Island, a lunch and snorkelling equipment in the boat. If you negotiate the price from Porto Lopez for Isla de Plata then you can get it from 35$-45$; you will have a much better bargaining power.

The boat ride – How to get to Isla de Plata

The boat ride is around 1h15 minutes and 1h30 minutes of bumpy waves. If you go between July and October you will be almost certain to see some whales. We managed to see 5 whales; usually they are mother taking care of their cub and playing around in the water making all kind of interesting movements in and out of the sea.

You need to be very careful what kind of boat your company will be using as there are 10 people embarkation and 20 people boats. The 10 person boats are fishing boats converted for the activity; they are by no mean made to travel at that speed in such big waves. Even on our 20 passenger boat which is pretty decently sized the ocean was rocking us so hard that several of us ending up throwing g up (myself included and I never had any kind of sea sickness before!) Some waves are so big that your boat sometimes ends up in the middle of two waves that dwarf your boat and make you feel in a corridor of water (Moses style!) Without the whales we saw I think that boat ride would have had absolutely no fun in it and I am an expert in finding the positive stuff out of everything.

Once we arrived at the island we got some banana muffins and some bananas to eat before getting off the boat. Super good idea after having fed the fishies with my desayuno (breakfast.)  First thing you notice when you get off the boat is the army of funny small red crabs that will just run away in panic quickly from you… couldn’t resist running after them they. The island has a path goes all around it and we decided to do it all in 2 hours which is manageable if your group is in shape. The vegetation on the island is the same, some dried out plants scattered around everywhere; they don’t hold much interest but they offer the birds living there material to build their nests and hide. There are several kind of birds on the island but the most interesting ones are funny looking white pelican-looking birds with blue legs. The species you can see are the Blue-footed booby, Red-footed booby, and the Nazca booby. The birds aren’t at all scared of you. A very interesting part of the walk is the cliffs and various sightseeing points. There isn’t much ascension during the hike as the cliffs are around 40 meters (120 feet) high. Over all the part on the island is fun and is very exciting for people who are into videos and photos as it is not often you can get so close to birds.

Snorkelling at Isla De Plata is pretty awesome. Big sea turtles usually go around your boat and seem to invite you to join them in the clear water. You can see all kinds of fish and the diversity is good. Schools of thousands of small fish will surround you while you try to chase big colourful fish that are swimming near the shore in the corals. I really enjoyed that part and it really made the day a great one.

I was so tired that I slept most of the way back in a very strange position as space is limited on the boat. The guy beside me was gentle enough to not wake me when my head ended up resting on his shoulder. Some whales where spotted but the boat just ignored them which was fine by me at that moment.

TIP: Remember that it is extremely easy to get sunburns as on the island there is no shade at all. Also the sky is often grey over the ocean because of the water evaporation and you feel like they are big clouds but sunrays goes through them very easily. You will end up having massive sunburns if you are not carefull.

Make sure to take the 20 people boat to reduce sea sickness and also sit at the back of it; althought to much at the back will place you beside the turbines and the smell of gasoline really won’t help you on your day to Isla de la Plata.

Ghana : Surfing and Malaria
5 hours ago