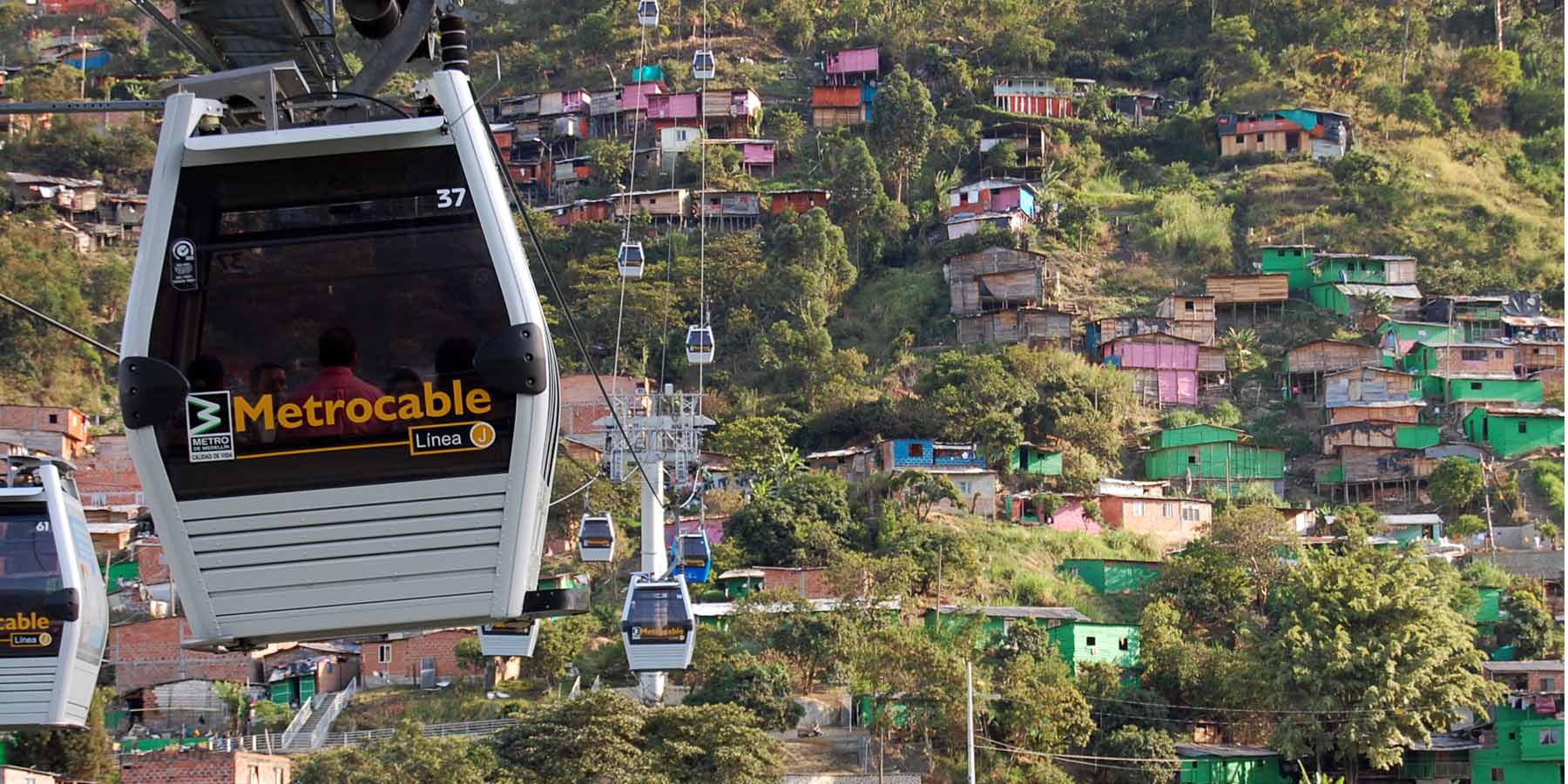 Medellin Colombia – A must see!

On this trip so far Medellin is the city that has surprised me the most. Most people who hear about Colombia you usually think about: murder, kidnapping, cocaine, the FARCs and all kind of negative ideas. I somewhat used to have the same idea before coming here and I thought that I was pretty brave to travel to this country and even more courageous to go the Medellin who was still the country with the most murders in the world a decade ago. Turns out I am not that tough, you feel more secure here than in many places I have traveled that are considered to be very safe countries. Here is a quick resume of my opinion of the city

Medellin was once was a very prosperous city that had a lot of gold, used the coffee industry to its advantage and exploited all kind of resources in the mining field. After “the violences” the city changed when corruption and political instabilities settled in. It then became a city where people got shot in the streets, kidnapping was almost normal and murders where everywhere all the time. All the money of the cocaine used to transit thought Medellin and the headquarters of the drug lords were here. For a long time this city was a real nightmare and a place to stay away from. The only outsiders coming in during the 80s were agents of the US intelligence. Now Medellin is once again a city that is prosperous and worth visiting.

First of all, Medellin is now a city I would qualify of very secure. People from Colombia got a saying “Don’t give the papaya.” It means if you give your papaya then someone will see that as an opportunity and eat it. If you give opportunities to thief’s they will grab it. Play smart and use your common sense. Many sectors are very secure while others are less but then again they can all be visited without any problems for most part if you use logic.

It has been rare that I have found people so nice in my life. For Colombians in general, having tourist is the best sign of showing how much they have improved in the past decades. They are happy to share their country with you and many of them will start talking for a while as soon as they know where you are from. The people of Medellin are known to be outgoing and to be good talkers; they aren’t shy as I discovered.

The most surprising thing about Medellin is its super modern metro system. The city is all connected by this sky metro that is super clean. Once of my biggest cultural shock was when I saw people standing all lined up to enter the metro wagon one at a time. I wasn’t expecting such good manners here; in fact I have never seen a metro with users with such great manners. The metro tickets are around 2$ each and it doesn’t matter where you are going, it is a fixed price. The idea behind that is so the people from further neighbourhoods (poorer) can easily get jobs all across the city without worrying transports will cost them too much. This metro was built during the most violent years of the 80s and for the people it is a symbol of great success.

The city is full of parks and near the city center you can find a science museum, a planetarium and a botanical garden.

The city is full of buildings with interesting architecture and many public squares everywhere. You can find statues at many places but if you go for a walk downtown you will eventually stumble upon the Bottero open air museum. The statues are worth more than 2 million USD each and they have been given by the artist to the city. The city is clean and I was surprised how almost no public monuments have been violated by graffiti’s. There are also many churches that are worth visiting.

How to visit Medellin

Medellin has to be seen. I feel like it is one of the most successful cities. So many people believed in the city and eventually it brought results. The best way to visit the city is through a walking tour; not only will you see all the interesting part of the city but you will also be walked through some more ‘’dangerous’’ neighbourhoods you are usually told to avoid. What you also learn is that when they say dangerous neighbourhood they are actually quite safe but simply they do not want you to go there because there are prostitutes, junkies and aspects of the city they want to keep away from you.

Visiting the city properly can take at least 5 days. Also there are some day trip activities to be done around the city so planning a week there is a good call.