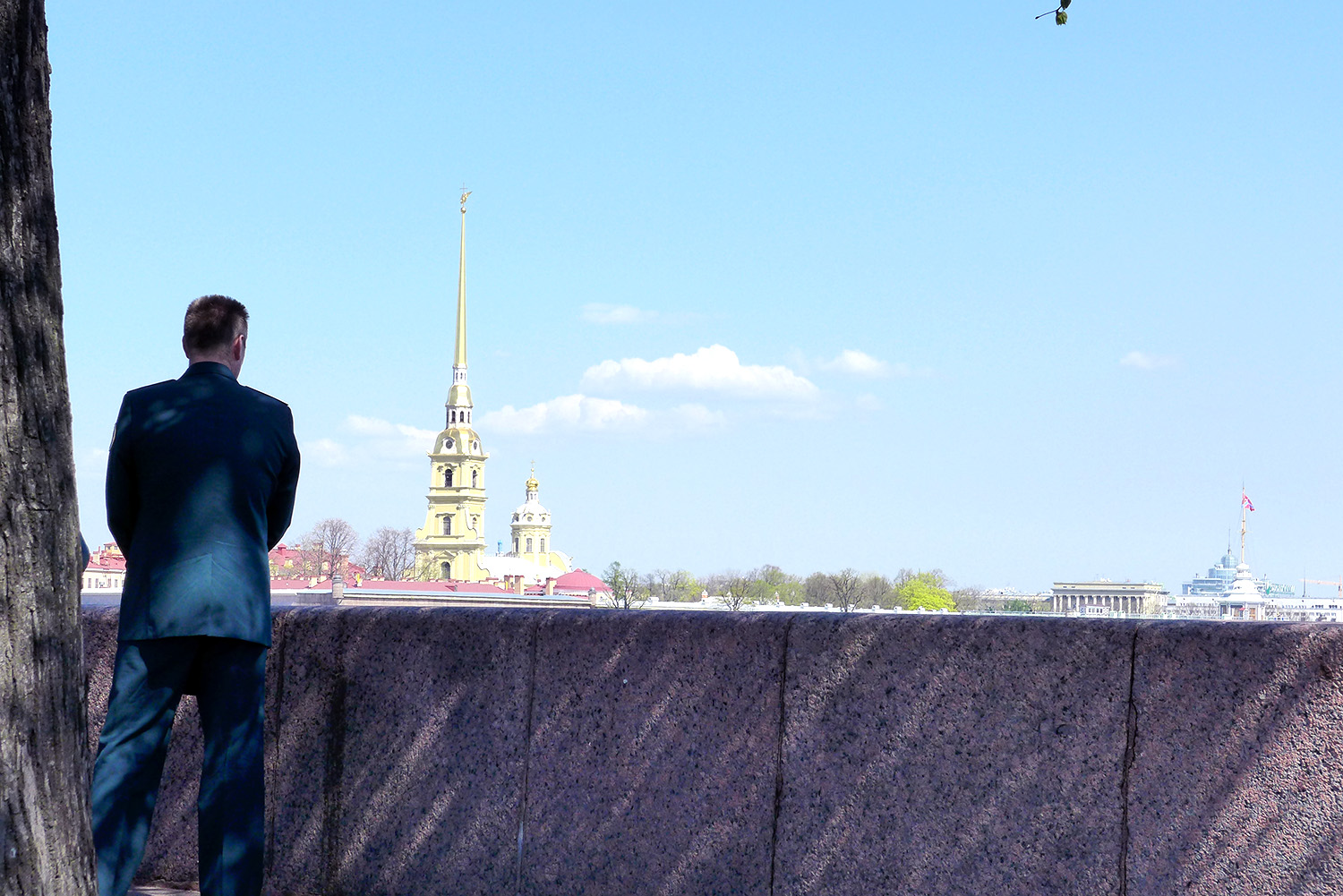 Marcella didn’t know about walking tours, so we told her to tag along so she could discover how great they are. We ate at the marketplace again that morning; tasty chicken pancakes, mashed potatoes with fruits and some green tea… and Imodium. 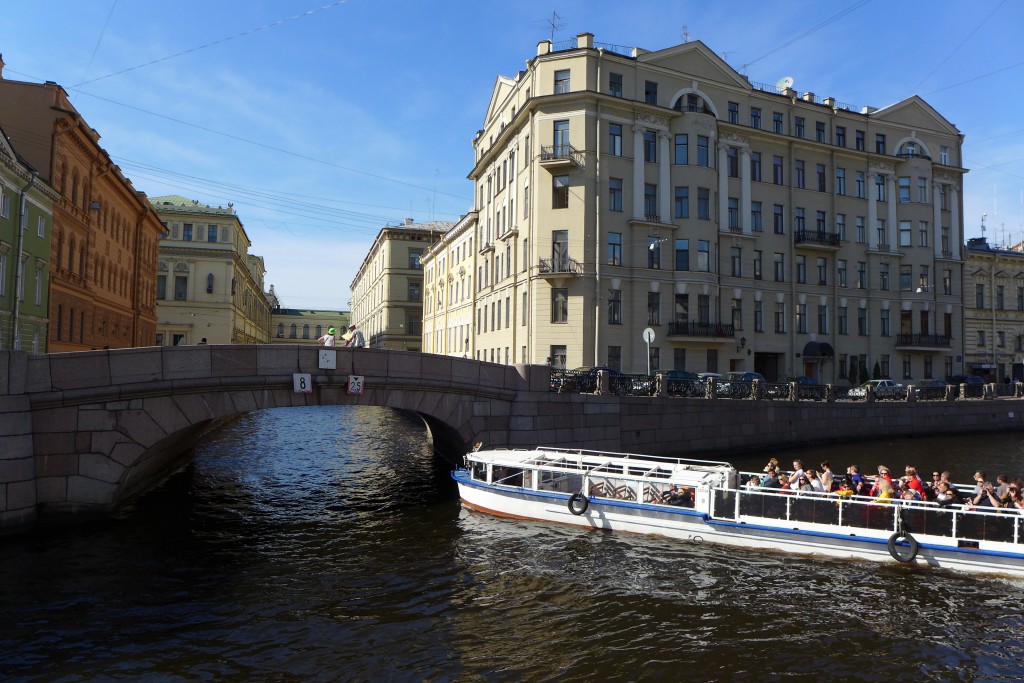 Once at the walking tour meeting point we waited for a while and no one showed up. We were a disappointed. I wrote to the guy and he never answered my back. We had only discovered a small part of St-Pete at this point and so we headed toward the Hermitage and walked around that central part of the touristic city. The architecture impressed me a lot, the Tsar of the time really wanted every details to be perfect.

We later crossed a bridge and ended up in a part with a nice park. A military event seemed to be going on and so we watched and enjoyed the view of the river for quite a while. I took many pictures and got some weird look from the military officers – I’m a horrible spy. 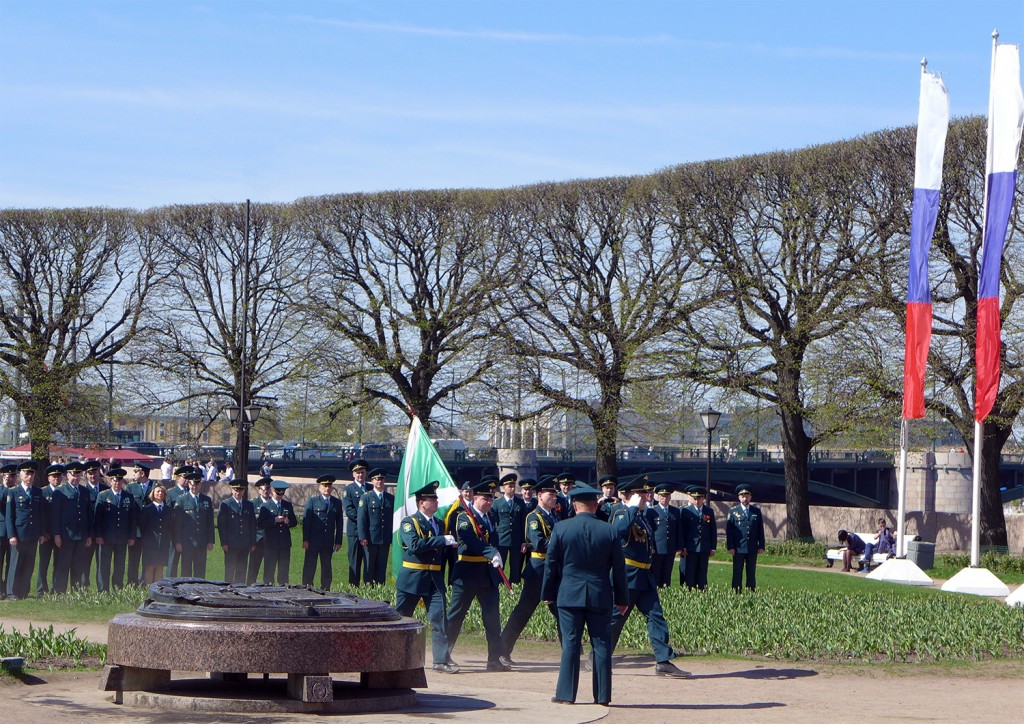 We analysed our options and voted for the museum of anthropology. This museum is the oldest of Saint-Petersburg and has accumulated an impressive collection of many items from around the world. Most of the museum is only in Russian and so some rooms were quick to clear. There is a particular that is worth mentioning. Some people collected the foetus and dead babies who were called monstrosities because of their malformations; they were then displayed into formol for all to watch. The museum has a diversified collection of dead babies that honestly gave me Goosebumps. 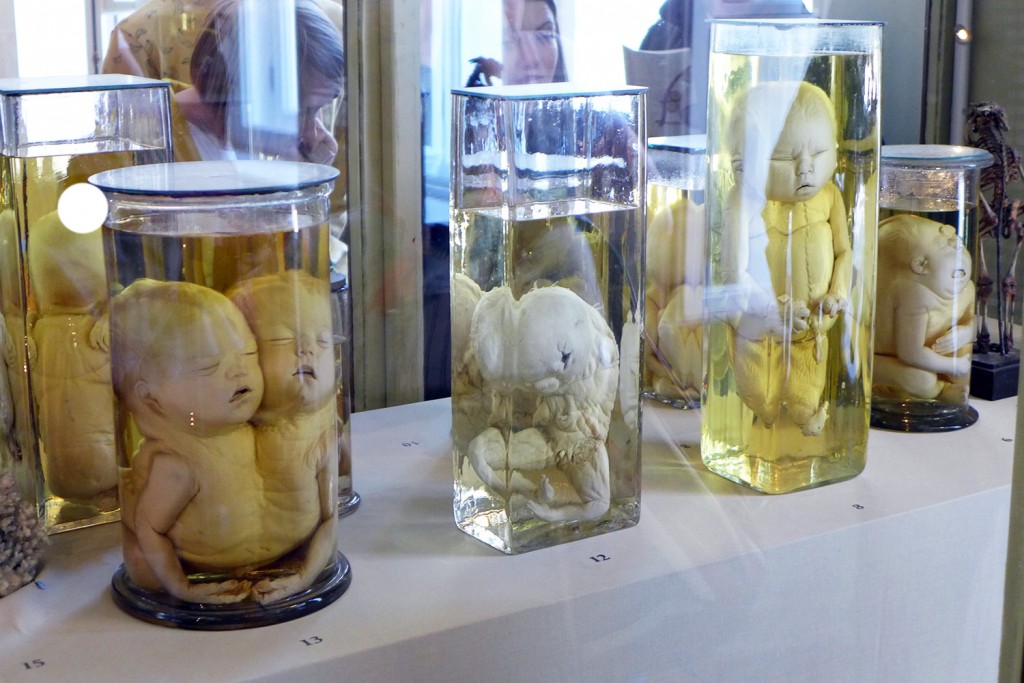 Once back to the hostel, I regrouped people interested in watching the hockey match that was starting at 20h15. The city has installed a huge screen and had established a special zone for the hockey enthusiasts. The world championship of hockey, taking place in Saint-Petersburg and Moscow made the whole thing even more vibrant. Just before the Russian match, Canada won 5-1 against USA. I wished to feel the Russian vibe during their match and I thought that since they are playing against Czech Republic they might have a good chance to win – well since it was cold and windy outside and that Russia got score upon in the first period we didn’t stay for long. It was a great experience and a lot of fun though. 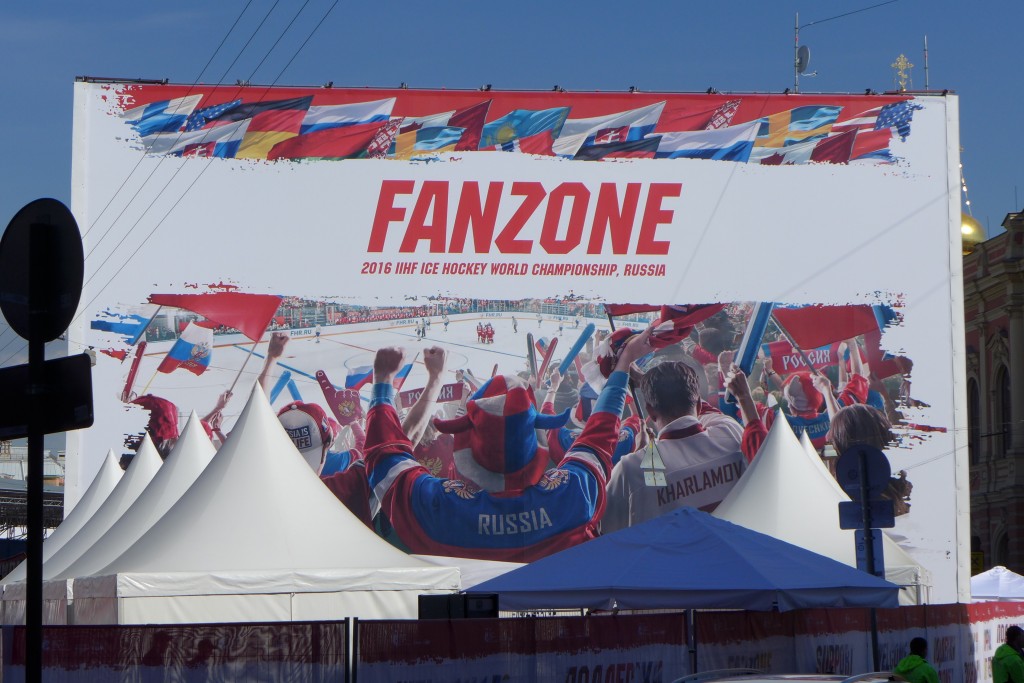 We proceed to go eat at a typical Russian restaurant. The waiter was funny and when we asked him to cut the bill he literally did – funny Russian humour.

After the restaurant I told them I wanted to go try a bar we walked in front earlier. There were weird rabbit statues and I was intrigued by it. Turns out the bar was a psychedelic bar inspired by, I think, Alice in wonderland. Every night at midnight, they would celebrate the New Year. As soon as you entered the bar they would fabricate some bunny ears in paper; we knew we looked ridiculous with these on but looking around and seeing a SUPER BADASS LOOKING RUSSIAN wearing those, I decided that it’s actually pretty cool! The night ended after dancing with the Russian Santa Claus and taking a few beers. It was an interesting evening; Saint-Petersburg is really full of surprises.