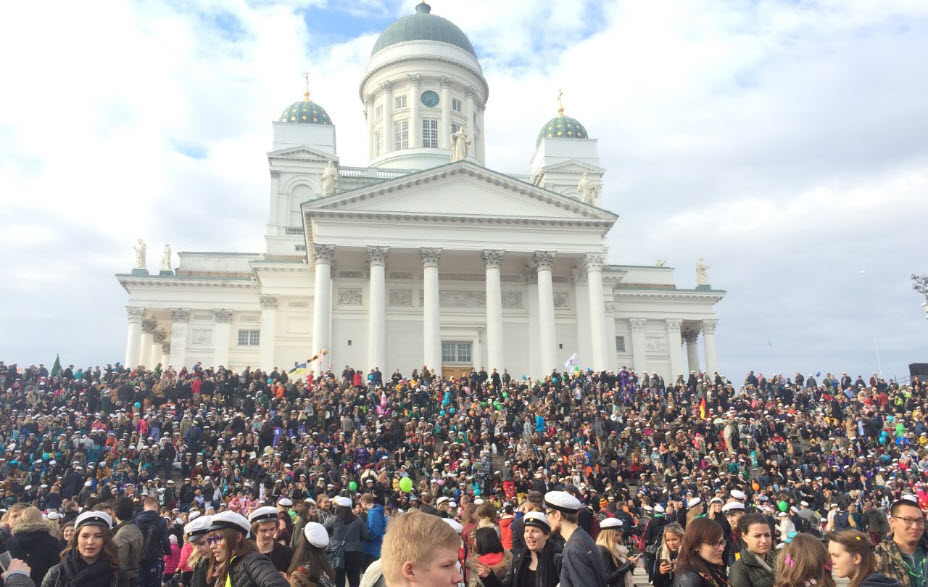 Day 4: Vappu and a visit at the market

As I walked around the city in the previous days, I could see that preparations for a festivity were going on. The 30th of april is finland’s biggest carnal-style festival and I was to meet a friend in the late afternoon to celebrate with him – I met the dude in San-Francisco 4 years ago and I did tell him back then that one day I would go and see him in Finland. The day began with a walk downtown around the old docks and since it was Saturday the market was bursting with activities and all kind of temporary shops where on the docks offering typical finish products, clothing, trinkets and food. I walked around, asked questions, took pictures and enjoyed the palpable excitement of the city because of the Vappu preparations. 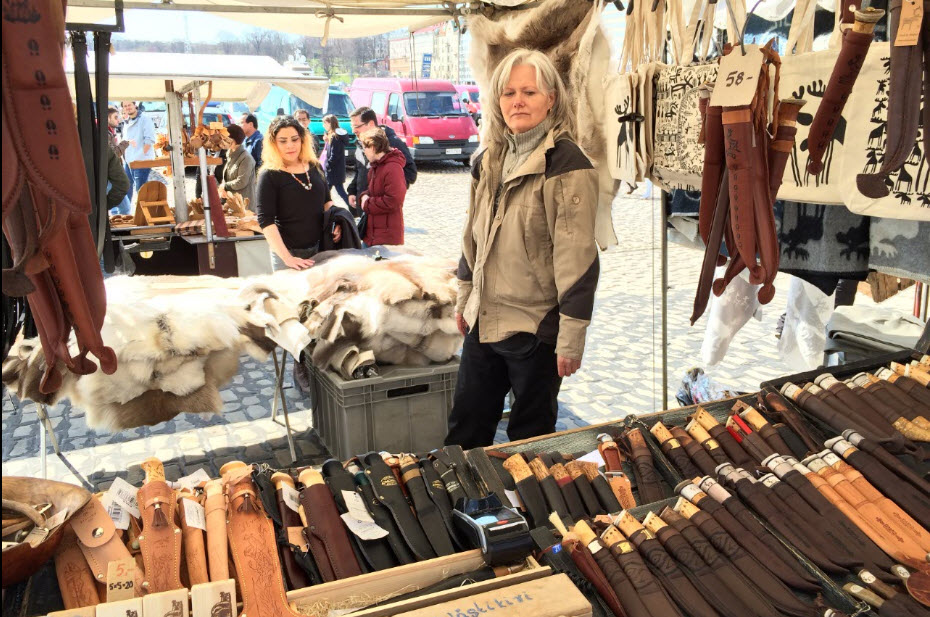 At 12h00 I joined the free walking your and the next few hours were extremely satisfying as I discovered the hearth of Helsinki and the richness of the city while receiving great historical information. Walking tours are my favourite way to discover a city as they are always so fun and instructive. Helsinki got build from scratch while the Russians had the control and Alexander the 2nd invested enormous sums to make it a city that would show the extent of the Russian power. They hired German architects and told them to build a capital. They destroyed everything and started to build the city that is now in my top 3 favourite cities. Under Alexander the 2nd, a lot of autonomy was given to the Fins and they even let them take care of their own internal politics and the Russian language wasn’t forced upon them. Russians still built several military barracks and their own church as they had different religions and to show that they are present and watching – and that the autonomy that is given, can be taken away. When Alexander the 2nd died, Russia wanted to assimilate Finland the hard way but then came World War 1, the Bolshevik war so Finland got forgotten in the middle of all that turmoil and eventually claimed its independence. 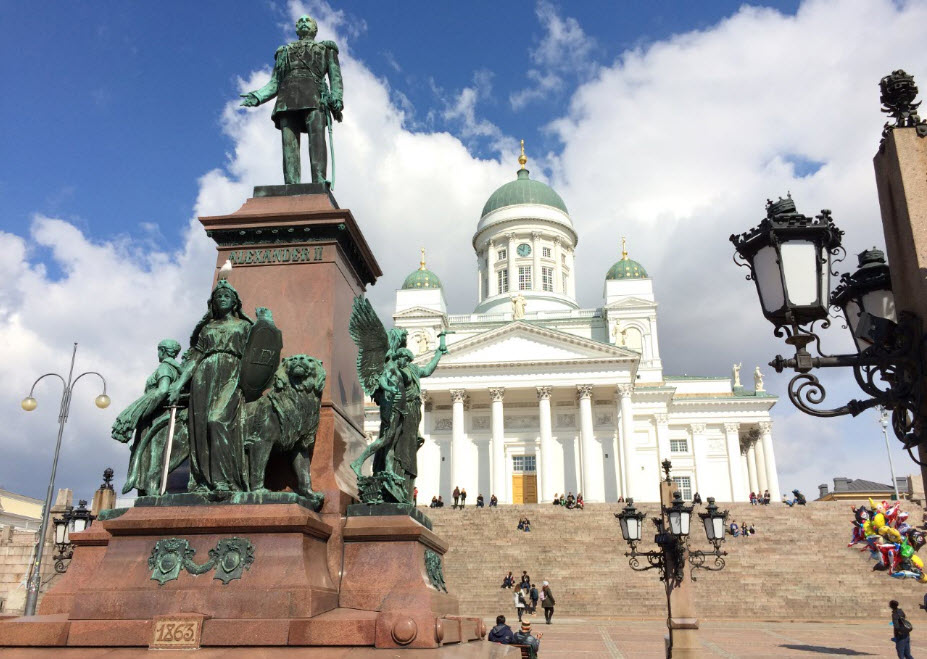 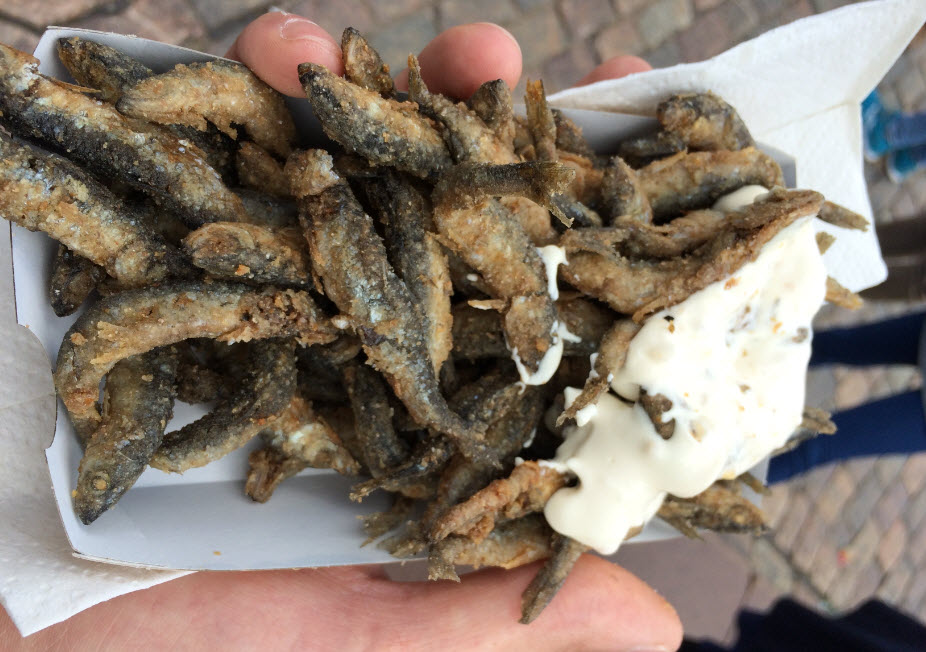 Once the walking tour was over I connected to a wifi-hub and had messages from some exchange students telling me to meet them ‘’under the clock’’ of the Stockmann store in 1 hour so I can join them in the celebration of Vappu : it’s a popular meeting spot in Helsinki.  I used that free hour to go visit the Rock Church and walk around a neighbourhood. Vappu could be felt and heard everywhere, university students have claimed this day to be their own, they parade around town in their sponsored student clubs and fraternity outfits and they drink – fins drink a lot. 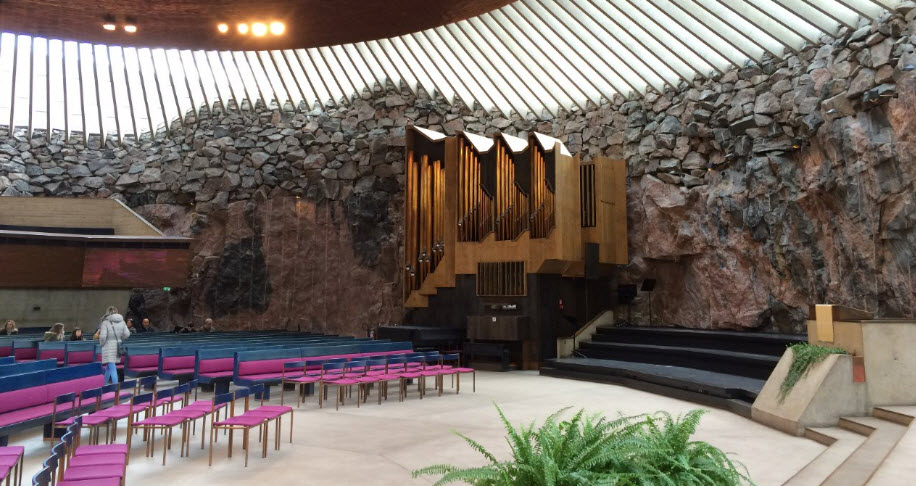 People aren’t sure why Vappu is celebrated but everyone finds a reason to feel directly involved in the celebrations. Anyone who has graduated college receive a special white hat and on this day, everybody wears that hat – and so it celebrates educations. Other workers see it as a sort of Labour day and students see it as a great way to get smashed and show the colors of their schools. The celebration starts officially at 18h00 when a hat is deposited on the head of a statue called Amanda in the historical center near the water. Everybody regroups there for that event but before that they go into various parks and they drink, talk and laugh. After meeting with my friends I ended up in a park drinking  with students of linguistic. I love Finnish people so much, they are educated modest introverts that won’t make the first step to that a conversation but as soon as you talk to them they lighten up and have so much to share and say. Having spoken to more than 50 of them, they were all fabulous – this really blew my mind, I love this culture. We had a great time in the park and at 17h30 they left to the statue while I waited for my Finnish friend to show up. 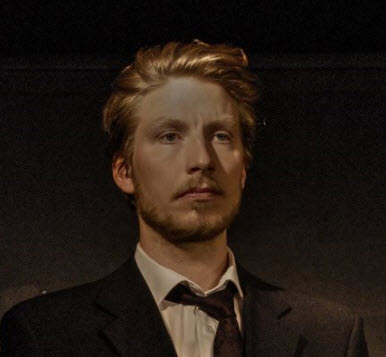 Juha is a super typical Fin but travelling a lot has made him way more outgoing than most. It felt as if I last saw him yesterday; he is such a cool funny guy! We started making our ways towards Amanda for the main event and everybody from everywhere were converging simultaneously at this precise spot. We managed to get close enough to the statue to have a good view of the event where we were tens of thousands of people cramped up. The ambiance was amazing and everybody was cheering, disguised, wearing their hat, drinking and having fun. There were kids, old ladies, elder, students, families; really VAPPU is a party for an entire nation.

At 18h00 the hat was installed on Amanda, and everybody started cheering like crazy and wavi  ng their white hats in the hair – it was a magical moment – I was at the right place at the right time on a perfect sunny day: everything was just perfect. Those are the best moments.

A few minutes later people started dispersing and going back to several parks to drink and celebrate some more. Juha and I went walking around the city to feel the party and we met several groups of Uni students and made friends. This lasted for several hours, until it got really cold; I only realized I was freezing when I tried to write on my cellphone and that my fingers where too numb to write well. When Juha’s friend arrived we headed out to a bar and made more friends.

See the movie from Vappu

We drank and celebrated until 23h15, we then headed towards Virgin Oil Co. a big venue with live music and tonight a real popular Finnish Rock Band was playing there – Yuha bought the tickets for me 2 weeks ago. The name of the band is Vikaate and they are SO GOOD. I felt so lucky to be living this Finnish experience with some friends and just having the fun of our lives while realizing that  I was gona’ feel piss poor the next day as a cheap beer in Helsinki is 8 euros.

At 5 in the morning, the city was still buzzing with activity, and I made my way back to the student residence and woke up with a hangover I don’t even regret the slightly. Yesterday was simply the best and I’m smiling so hard just thinking about it again.

Today, May 1st, the Fins go into park to drink some more and to get over their hangover of VAPPU. I said by to my Host and the roommates and my superb little mattress in the middle of the living room and made my way to the docks of Helsinki. I am leaving Helsinki with a sad feeling, it’s a city I had no expectations and I leave thinking it’s really one of the best places in the world. I’d love to make a live there – but learning Finnish is way harder than learning Russian… so it won’t be happening anytime soon. The people are BEAUTIFUL, educated, opened and extremely friendly.

I am currently in a Ferry that will arrive shortly in Tallinn, Estonia. My friend Aleks, is going to meet me there, we will then proceed to visit the city and make our way to Russia.

Ghana : Surfing and Malaria
7 months ago