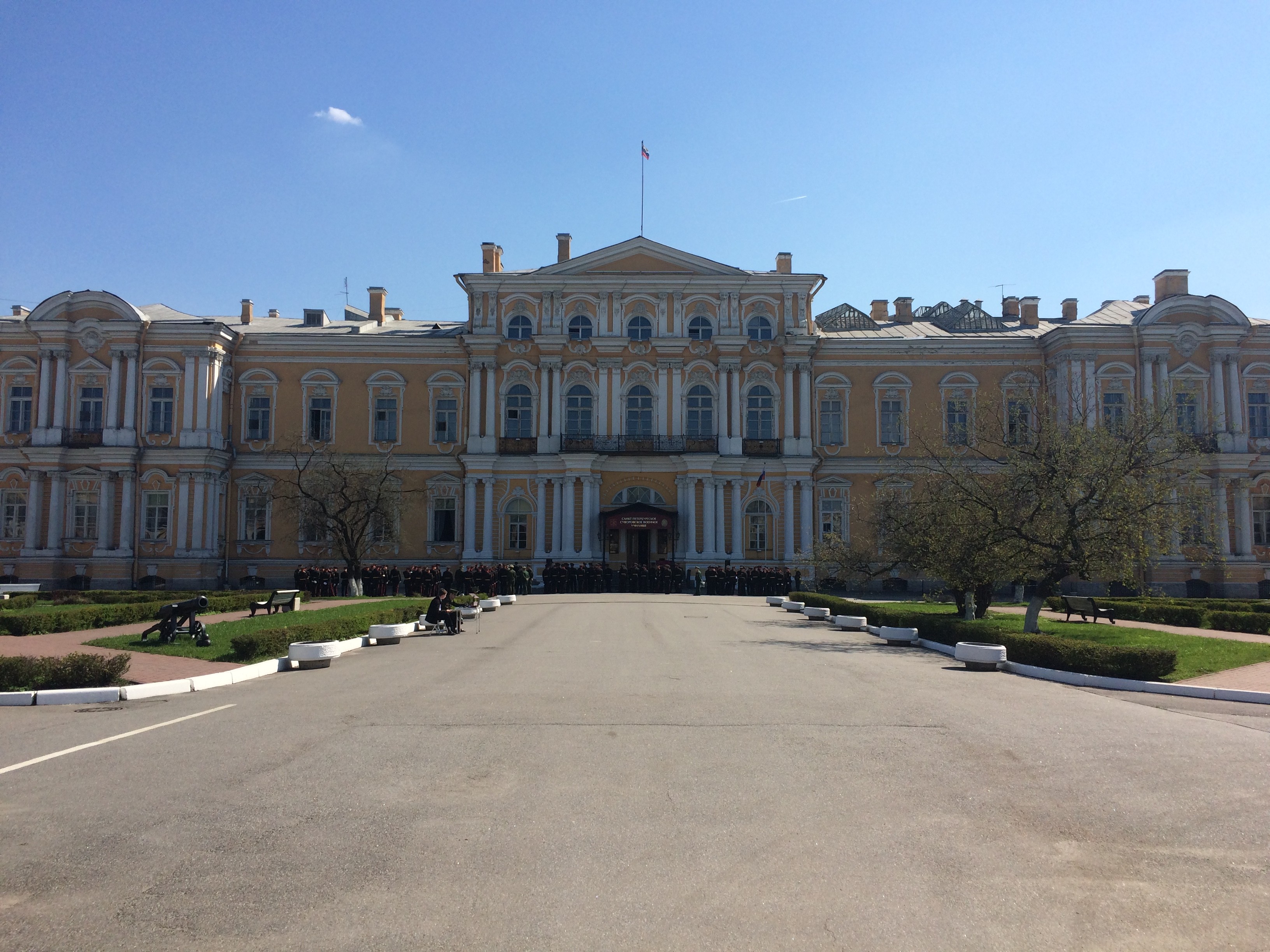 Day 7: Tallinn to Saint-Petersburg – My first steps in Russia

The clock rang at 5h30 AM, I used an app called Taxify to order our taxi. We made it to the bus station a bit earlier and waited; tired and excited to go to Russia. Our bus arrived and we gave our luggage to the driver, and went to see the woman validating the visas and passports with military precision. I got mine verified, and entered the bus and made it to my seat. Since Aleks wasn’t making his way inside the bus I went to check on him. Turns out the woman wouldn’t let him enter as his Visa had an anomaly with the date – he would only be allowed in Russia the next day. That sucked, but he’s a cheerful guy and took it lightly – it was part of the Russian adventure.

The bus was almost 8 hours long, and I slept the first 3 hours of it – until we made it to the border. The first passport verify was really quick, leaving the European union is no problem. We then made it to a Russian check point were our passports were analysed in the bus. A few hundred meters later, after crossing a bridge on a river, we had to get out of the boss to go through another passport check – this one was more formal and I felt kind of nervous as the lady in the cabin took my passport and spent what seemed an eternity on her computer entering all kind of information and doing god knows what. Seems that Russia likes me, she decided to let me though, and we all entered the bus again. A 3rd check point verified our passports again. The Russian customs complexes are in bad shape, and the bad equipment and clothing of the custom workers contrasted with how well the EU one’s looked. 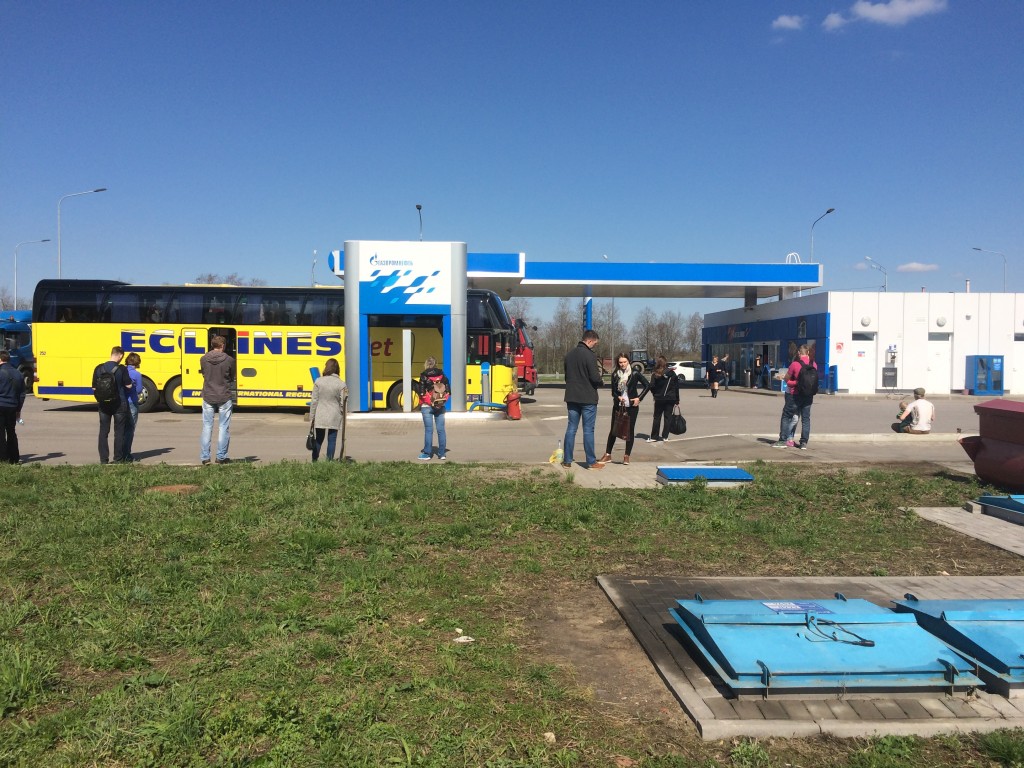 I was well awake and I started looking outside to observe the Russian landscape. Looks pretty much like home landscape wise but the roads were even worst (beating our roads in that matter is a hard feat) and the old houses were interesting to observe. The rest of the trip went on and we eventually made it to Saint-Petersburg after a 30 minute stop at a gas station.

The bus just stopped at what seemed to be a random street. I asked my indications in Russian to a lady and she pointed me the direction to walk to. Once I made it at the river, I knew where I was thanks to a picture of a map on my phone. Saint-Petersburg is huge and my first thought was that it looks horrible and dirty – turns out I was just in a bad neighbourhood. However, once I crossed the river things started to look a lot like Paris. I wasn’t surprised considering I knew how much influence the French culture had when these buildings were built. Making my way to the hostel took more than half an hour.

The hostel Baby Lemonade Hostel is in the top 3 hostel I have seen i   n my life. The owner who has traveled a lot managed to capture all the good elements of every hostel he went to and just create this fabulous hostel placed in the best imaginable place. I quickly made some friends at the hostel, an English girl, a French guy, two Russians and a German girl.  The Russian wanted to go walk around and so I followed him and the small group, he introduced me to the city, bars and some interesting shops. My favourite one was a very shady alcohol shop with a small room at the end were you could buy shots of any of the vodkas they were selling there in bottle. The Russian shot format is around twice as big as what we have back in Canada.

It quickly struck me that Saint-Petersburg has nothing of the stereotyped version of Russia I envisioned. You feel extremely safe, the city is beautiful, the people are friendly and the style of life is entirely European. In fact the city somehow felt a lot like Buenos Aires – a grandiose copy of the best of Europe the whole mixed with another culture and a city bursting with action and energy. 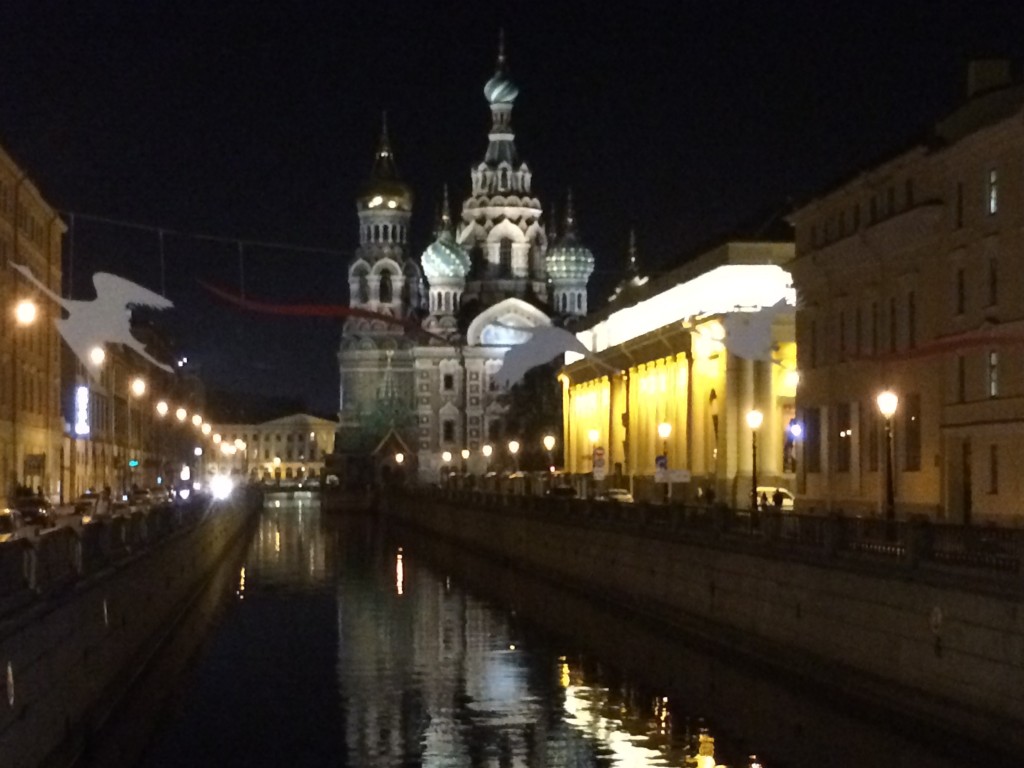 We ended up near the river where the view is spectacular and we all talked for a while before making our way back to the hostel by crossing several parks. The city is enormous but is perfect for pedestrians. We relaxed a bit at the hostel before all going to a local restaurant where we shared Russian dumplings and vodka. 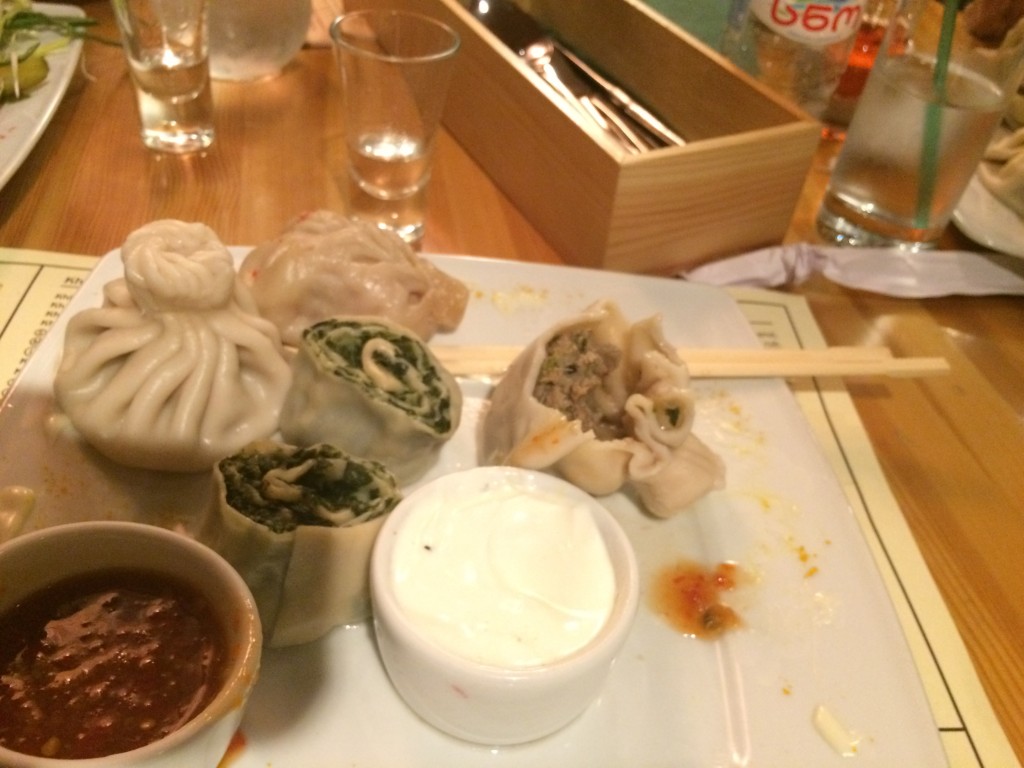 Every night at 1h30 AM the bridges connecting the south and the north part of the city rise to allow the bigger ships to make their way. We walked near the embankment until that moment. A particular huge crowd could be found waiting for the bridges to rise. It was an interesting thing to see and just realize how safe this part of the city is during the day and the night. 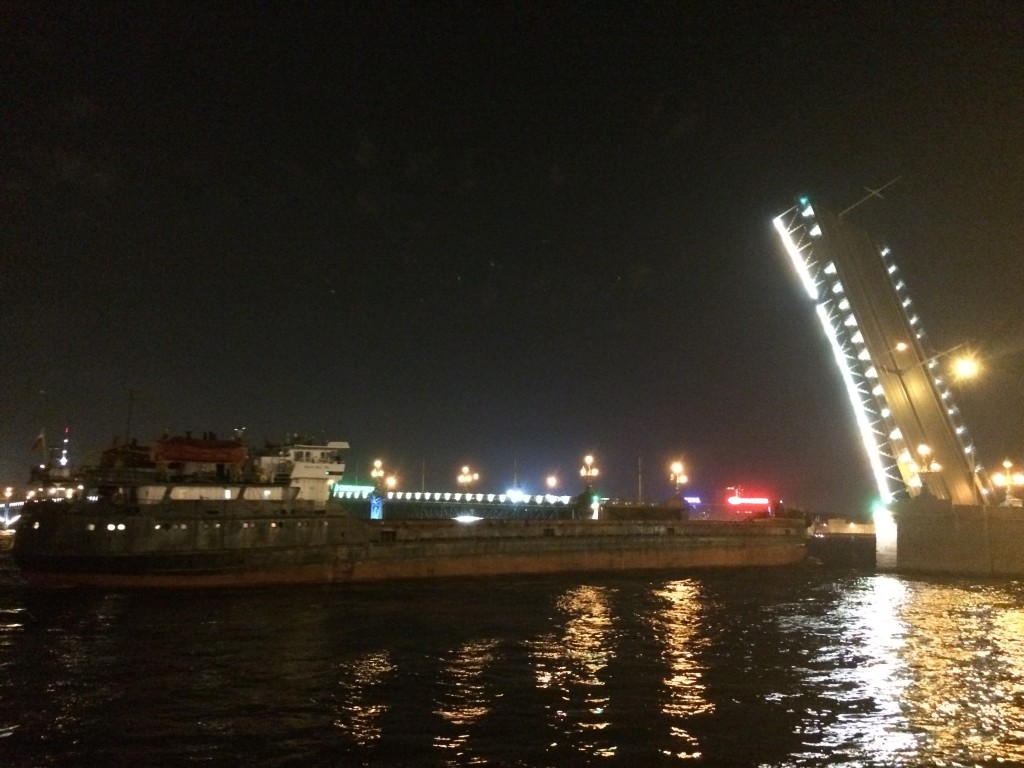