Backpacking Bolivia | All The Information You Need

Bolivia has everything a backpacker can possibly looking for; it has a very rich culture, unique activities, unbelievable landscapes and an impressive variety of ecosystems.  It is also one of the least expensive country in the world for tourists . There is so much to do and to see; sail the highest navigable lake in the world, discover the Uyuni salt desert, go horse-riding a few days like a cowboy around Tupiza, watch a soccer match, venture in the Amazonian Jungle or explore “The Mountain That Eats’ Man.” Also, Bolivia has many cities offering a range of variety; from beautiful colonial towns to poorly designed chaotic cities and villages who seem stuck a few hundred years in the past. Officially, Sucre is the Capital of the country but everyone knows that everything is really happening in La Paz. 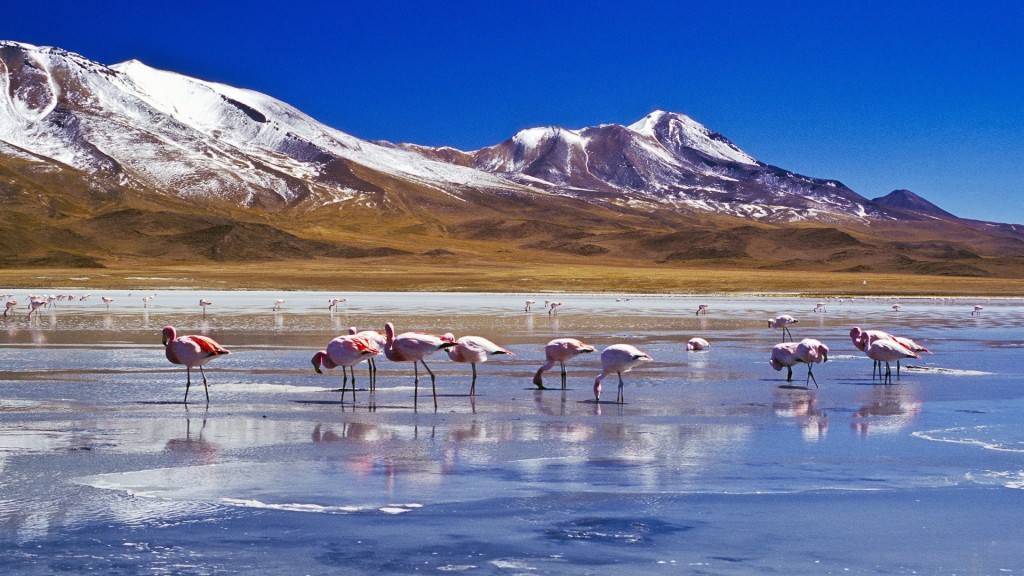 Most days you will spend less than 25$ but many activities will raise your global budget. The Salar de Uyuni can cost 80$ per day while other activities like the Death Road will be around 70$. It is easy to keep the budget really low if you are considerate in the activities you do.

You can eat in restaurants 3 times a day and still manage to spend less than 10$ in total.  Of course there are high-end restaurants that can cost above 10$ for a single meal (they are worth it!) The food in Bolivia is quite good and the cities are full of restaurants with local and international food. Typical Bolivian food consists mostly of potatoes and rice; meat is a luxury many locals can’t afford. Behold, you will most likely get very sick during your first week because of the water and the food.

Night bus of decent quality cost around 1$ to 3$ per hour of bus. Local transportation is even cheaper.

Taxis are really worth it if you aren’t solo in a city like La Paz or Potosi. Some incidents happen with fake taxis and you need to make sure the driver is legit (sometimes it is impossible to guess thought.) At the same time, taxis allow you to go to some remote areas worth seeing and otherwise impossible to reach.

You can expect to get a beer for less than a buck. Ohhh Yeah! Parting is really affordable, so no worries – Play Hard!

Top 5 activities to Do In Bolivia

To visit the biggest salt flat in the world a 2 to 4 day tour is required. While the prices might seem expensive at first compared to what we are used to pay in Bolivia it is worth absolutely every penny; we ended up leaving so much tip simply because it was worth so much more than the price we bargained. The Uyuni tour covers a lot more than just the salar: colorful lakes, volcanoes considered gods, salt flats, mummified families and a train cemetery. Want to learn more about the Salar de Uyuni ? Check out the Top 10 pictures of the Salar de Uyuni Where to book the Salar de Uyuni or the different Salar de Uyuni options.

After a 4 month trip it is hard to say which day was your absolute favorite, but I would say my day at Isla Del Sol is the one. Starting your day in Copacabana and taking a boat ride to the island is in itself a great activity. Afterwards, you dock in the village of a tribe and start your walk across the island. The northern part of the island offers jaw dropping sunsets. Once night falls you can find a local ‘’hostel’’ where a family will let you sleep for less than 2$.

Potosi and the Mountain That Eats Man

A mountain stands in the middle of an isolated and barren region and a city grew around that mountain; one of the largest silver mine in the world. Many names are given to the mountain: Cerro Rico, Sumaq Urqu or The Mountain That Eats man. Historians estimate that as much as 8 million miners have died in the last 400 years. After centuries of exploitation, tens of thousands of tunnels can be found. As a result, Cerro Ricco ‘s summit has started collapsing slowly on itself.

This is where things get interesting: you can pay a mining company to take you in the tunnels and explore the mines. Those few hours won’t be comfortable nor fun, but they will show you how some people live until the mountain takes them. You will crouch in small holes and go down the tunnels until you reach the devil beneath the mountain. It is really at your own risk (Oh and we did blow up some dynamite down there!)

The pampas stretch all the way up from Argentina to southern Bolivia. After seeing all these American westerns with cowboys it’s hard to imagine that South-America has the same to offer. Going horse riding for a few days in typical cowboy’s landscape is a must; you will never be able to do something similar for that price.

Northern Bolivia is covered by the Amazonian forest. Tours start from Rurrenabaque and there are two ways to go there. Either you take a terrible 10$ bus ride for 20 hours or you pay 75$ for a 2-way flight. May to October is the best time to visit the jungle and you can except to see unbelievable things.

Quad in the Canadian forest (70$ for a full day)

In the region of Sucre, almost nothing grows on these mountains because of the altitude. A few years ago they started planting trees from Canada; local fungi started a symbiotic process with the trees and they ended up growing quickly and spreading in the region. There are many paths and even regional parks were you can enjoy the Bolivian plateau while riding on a quad.

Tubing down the rivers (80$ includes tubing, canyoning, food and transportation from Sucre)

In the region of Icla there are several activities you can experience. There is a tour guide who will drive you all the way up a river and then you can simply float all the way down. This region looks like Africa; pretty unique experience. For the price, canyoning and other fun activities are included.

Top Cities to visit in Bolivia

No cities are anything alike in Bolivia. Here are cities you should try to not skip.

La Paz is a maze full of urban action.

Sucre is the highest capital in the world. It is a small charming city with big colonial influence.

Potosi is a mining city exploiting one of the biggest silver resources in the world.

Other Information about Bolivia

Bolivia has great hostels at one of the lowest rate in the world. Bolivia being generally high altitude is cold at night and it makes hostels far more comfortable. Hostels usually have warm water and various accommodations. Using a hostel booking website you can find a large variety of choices in bigger cities. Outside the urban areas guest houses are common.

For the last decades the downside of Bolivia has been its bad transportation system. Luckily for us, in the past years it has improved dramatically. Many different cama bus options are now available and some good roads have been built between certain cities. However, most roads are still dirt roads only large enough for one car; forget sleeping on these bumpy roads.

Should you tip in Bolivia?

The tip is often included in the wage. Keep in mind, if you have a good service, that the wage of Bolivians is really low so giving a small tip (even 5%) is really appreciated.

In bars leaving a 5-10% is welcomed although not necessary.

Click here for more information if you ask yourself the question: Do you need to tip in Bolivia?

Bolivia has far lower levels of theft and violent crime than in neighbouring Peru and Brazil, though in recent years crime levels have risen. This is to the dismay of most ordinary Bolivians, who are shocked and outraged by stories of theft or assault, and in general the threat of crime is no greater in Bolivian cities than in North America or Europe.